“The ancient Greek colony called Sybaris” - Greek colony, Sybaris has kept its history in a precious way. Today we will get to know this very special place better: Sybaris.

Of great historical and cultural importance, Sybaris and its relics are worth visiting. This little gem in Calabria tells the story of Greek colonization and all its expansion, offering us, until today, a territory of great historical wealth for humanity. Let´s Sybari in Calabria? Here at Your Travel to Calabria you make the trip of your dreams!!! Are you staying in Calabria? Looking for a hotel? Click here and discover best accommodation options in Calabria!

Video about Sybari in Calabria

A Little More About Sybaris

Sybaris was an epic developing colony of Magna Graecia, founded around the first millennium BC. The city had an abundant cultural life, but a less frenetic pace on an economic and social level. Located in a geographic depression and facing the Ionian Sea (which at that time had an intense circulation), Sybaris is between two rivers: Crato (Crathis) and Coscile (Sybaris). The city was, undoubtedly, the most illustrious metropolis of Magna Graecia, for its richness, sophistication and luxury – so that no future generation could reach. Read also What Are The Ten Places You Must See In Calabria? 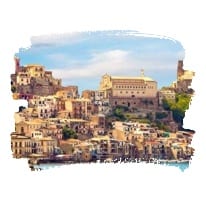 The city of Sybaris was founded around 710 BC at the end of the reign of Romulus, belonging to the colony of the Achaeans. Like almost all the Greek colonies, also Sybaris was formed near the sea, between the rivers Crato and Coscile. The city, with a modest agricultural and commercial structure, grew ever larger until it occupied a big area, becoming a rich and powerful city. Read also Enogastronomic Itinerary In Calabria

The Greek colony of Sybaris

The Greek colony of Sybaris arose in a very favorable period for planting, and this allowed the city to increase its wealth, thanks also to a strategy that favored immigration. It was homeland of other colonies of the coast of the Tyrrhenian Sea, among them Poseidonia, Laos and Skidros.

The sybarites were notorious in sixth-century Greece for their luxurious lifestyle. They quickly became a great trading group, making several trade negotiations with the largest ports in the East. At the height of its power, however, Sybaris envied the neighboring towns, especially the city of Crotona. Therefore, in 510 BC, the people of Crotona completely destroyed it (diverting the course of the Crato River towards the residential area of Sybaris, so that it could never again ‘revive’).

After sixty-six years (444 BC), by order of Pericles of Athens, the city of Thurii was founded in the same place of Sybaris (but Thurii never achieved the greatness of the old Sybaris). After undergoing through so many dangers and threats from neighboring populations, Thurii was forced to ask the Romans for help – thus becoming a Roman colony, known as Copia (Copy, in English). The center remained active until the end of the sixth century AD, when the spread of malaria culminated in its abandonment.

The archaeological sites are witnesses of this overlapping of peoples and civilizations. The surface layer of the excavations reveals the ruins of the Roman Copia (the theater, the thermal baths and the patrician houses – Roman aristocracy). In the third layer appears Sybaris, actually, Thurii. After a century of Roman domination (when the city was rebuilt), the government granted its inhabitants the privilege of Roman citizenship (which had its advantages there). Today the geophysical situation is very different from that time, with the plan design impaired after so many alluvial changes – which makes it difficult to correctly identify each city. 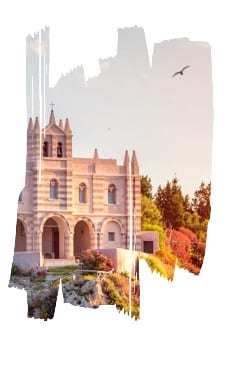 From the 19th century, interest in the numerous historical vestiges of Sybaris allowed, over the decades, to make several surveys based on the topographical indications of serious sources. Thus, the site was located and excavations finally began in the 1930s, revealing the still unknown and mysterious marks of Sybaris and its history. The large systematic campaigns of the 1960s (and subsequent years) allowed exploring only part of the great area of Sybaris, revealing the mainly structures referring to the Roman period of the city of Copia.

The several problems inherent in the excavations

The several problems inherent in the excavations – such as the thickness of the alluvial layers that covered the old installations, the phases of overlapping of the three cities, the layer of water that made archaeological operations even worse – contributed to a careful programming of interventions. Since at the time was not possible to explore large areas as in the past, it focused on punctual excavations (using X-rays and scanners) to clarify some of the main aspects of Sybaris, Thurii and Copia.

Archaeological Park and Museum of Sybaris

The archeological site of Sybaris is located in front of the Ionic highway, in the south of the city – and, without a doubt, deserves a visit! In the ruins, discovered in the 1930’s, some paved streets of visible Roman origin (stone floor) and a few scattered columns managed to translate only a part of the greatness of the city appear. At the time of Magna Graecia, Sybaris competed with Taranto, with an estimated population of 100,000.

Archaeological research in the territory of Sybaris began in 1960, when they revealed the three areas of great importance: the first, and most extensive, is the ‘Horse Park’, where you can see what remains of the city’s gateway and part of the urbanization. The second is the ‘Casa Bianca’ (White House, in English) and the third one is the ‘Extension of the Road’ – each of them near the other. Among the excavated areas, only one is open to the public (via the SS 106 highway – 2 km south, from the main headquarters).

The visit to the Archaeological Park

The visit to the Archaeological Park allows you to admire the whole archeological district of Sybaris, known as the Park of the Bulls, with the ruins of the Roman theater of the first century AD, the Roman baths and taverns, the large urban village and the Domus (type of house occupied by wealthy families) with stone floors. Not far from there is the Archaeological Museum, where objects found during excavations in the surroundings (such as anchors, coins, clay sculptures) are exposed.

Statue of the ‘Toro Cozzante’

The most famous item is the bronze statue of the ‘Toro Cozzante’ – found recently in a building of the ancient Roman colony Copia, from the fifth century BC. The treasure is considered by the researchers, after the Riace Bronzes, the most important discovery of the Age of the Bronze. 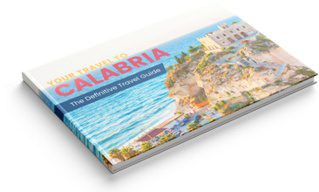 ALL YOU NEED TO KNOW ABOUT CALABRIA

Buy your e-book now – “Your Travel to Calabria”


Planning your trip to Rome? Get our e-book!

It is the main cultural center in the ionic province of Cosenza and houses archaeological finds of three overlapping cities: the old Sybaris, Thurii (Archaic and Hellenic) and Copia (Roman). The modern building with two floors houses a number of objects and is distributed into five exhibition areas, including a central one. In the first dome are the findings of the Prehistoric era and the Proterozoic period, from the Mordillo Tower and the Broglio di Trebisacce Archaeological Park (on the outskirts of Spezzano Albanese). In the second dome are the findings from the first foundation of Sybaris. In the third, there is the collection of Francavilla Marittima. In the fourth dome is the archaeological evidence of the urban area of Sybaris and Sibarita Plain, with objects from the city of Thurii.

The museum is located between the archaeological park of the old Sybaris (where the current town of Sybaris is nowadays) and the village of Cassano allo Ionio, in the province of Cosenza. The main headquarters of the museum was built in the ’90s under the design of the architect Riccardo Wallach.

The museum has surviving finds from the Protozoan era of Magna Graecia to Roman civilization, concerning the cities of Sybaris, Thurii and Copia (and from the various locations in the area, including Brutium and Enotria) found, mainly, during excavations in the Horse Park, Casa Bianca, the archaeological site of Castiglione di Paludi and Mount Timpone Motta.

Map from Museo to Parco Sybari in Calabria 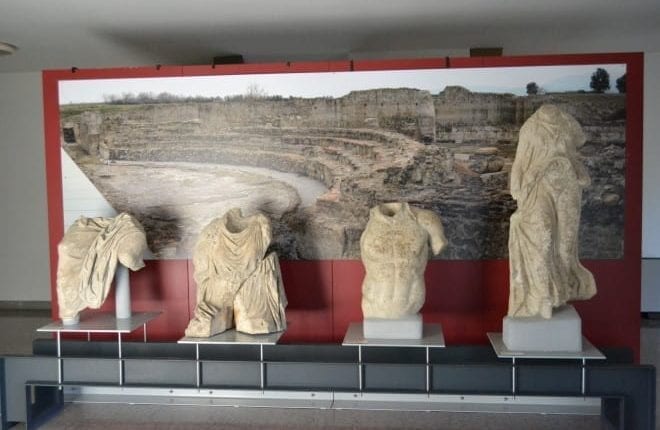 How to get there?

Eurostar and Wagonlit from Milan, Turin and Rome – to the station of Sybaris.

Don’t know where to rent the car?

We have a partner that can help you: Rent Cars! Have you ever thought about renting a car in Italy, without leaving your home? Click on the banner below to learn more! Search, compare and choose!

Remember that to drive in Italy it is MANDATORY to have the International Driving License, the famous IDP (International Driving Permit). The certificate is not issued in Italian, but it is accepted in English! The IDP lasts 180 days (it depends where you live) and is issued by the Traffic Department of your country (if you have the European Driver License, you don’t need to worry about it!). 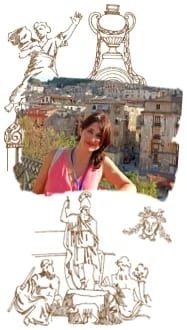 30 MINUTES OF TRAVEL ADVICE FOR FREE!

One of the benefits from Viajando para Itália

I give my readers 30 minutes of travel advice for free. I will help you to find the perfect hotel for your needs! All you need to do is fill the form bellow.

Let´s Sybari in Calabria? This part of Calabrian territory, known topographically as ‘Sybarite Plain’, witnessed the emergence, development, expansion and then the decline of the great city of Sybaris. Here new settlements settled in successive times to the destruction of the Greek city, overlapping its old ruins. This stratification makes Sybaris one of the biggest and important places of the Mediterranean of the archaic and the classic ages.

If you feel insecure or don’t have time, and need help organizing your trip, don’t hesitate to contact me! I will love to help you make your dream trip to Italy. And how can I do that? Keep reading this post until the end and you will understand how we make your life and your trip much easier . 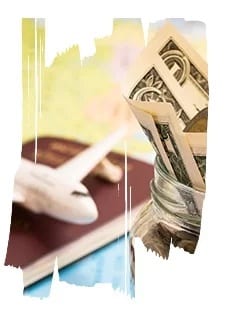 Let’s visit the most beautiful villages in Calabria in 3 days?

Let’s go to Castrovillari in Calabria?

What to do in a day in Civita?